I have some World Cup tickets here…

…unfortunately they are tickets for the 2002 World Cup in Japan, not the 2014 one in Brazil, starting tomorrow.
I thought it was appropriate to post this story up at this time as it is one of the ‘unusual’ requests that is normal for me.
The client from Belfast was at the World Cup in 2002 in Japan at all the Republic of Ireland first round games and the Mexico v Croatia game. The Irish games are down in history for a number of reasons but the Mexico Croatia game was the first penalty and first red card of that tournament.
He also visited the Irish team training camp and a number of players signed the tickets.
We were deciding on what type of mount card colour to use when he put down a nicely matching ticket wallet that he had stored the tickets in for over 10 years. I asked if the tickets came in the wallet and he said no, they were limited edition souvenirs on sale and it had taken him 10 days of the trip to track one down in 3 different venues so naturally I asked if he wanted that framed as well.
All 5 items set against a red mount card in a nice black frame was the final outcome….
…now what will be the final outcome of this World Cup…
..Argentina? Brazil? Spain? 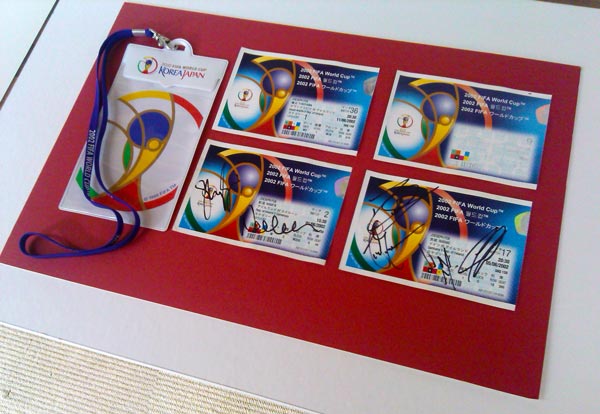 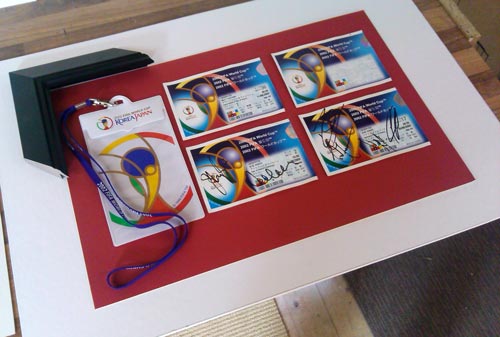