Its the end of the world as we know it…

My friend and neighbour Joe Fox came into the workshop recently with a number of items from his trip to Antarctica that he wanted framed. This time it wasnt photographs but a collection of items and memorabilia including some things very special to him.
We talked for a while about the layout of the items and what type of mount card/background he wanted and after a while he replied that he had just the thing and disappeared next door only to reappear with a rather large map of the Antarctic Peninsula.
Framing folded maps that have been sitting around for a while involves a challenge and extra expense required in vacuum sealing them and other methods of flattening the creases. Joe then said he didnt want the creases smoothed out, that he wanted the background to have a texture to it, to look worn. You know what, the customer is always right, even if they are mad!

We settled on using the map as the entire background and I mounted it on stiff board to add rigidity and also weight as it would be a box frame with a little depth to accommodate all the items.
The items included certificates of landing on Antarctica as well as a certificate to the authenticity of an arrow used by the scientists tracking humpback whale migration on this trip. The scientists fire an arrow at the dorsal fin of the humpback and the floating arrow contains a small capsule which takes a sample of the whales skin and does no harm to the whale. This sample is then analysed to provide the individual whales DNA and track its movement from Antarctica. All this is strictly controlled by international treaties.
There were also some still frame grabs from a gopro camera showing this particular arrow in action as well as an ID badge from the ship and two antarctica penguin badges taken to the peninsula and rested on antarctic soil!

The layout was a challenge, getting the balance right and also leaving the ships tracking path free on the map. I did suggest that Joe marked out the tracking path on the map but he said the reason he didnt want that is that it wouldnt give him anything to talk about when showing it to people. As if going to Antarctica and tracking humpback whale migration wasnt enough to talk about!

This really is an amazing one off piece of, well, art. Very personal and a great example of how we go beyond framing photos to produce something spectacular. 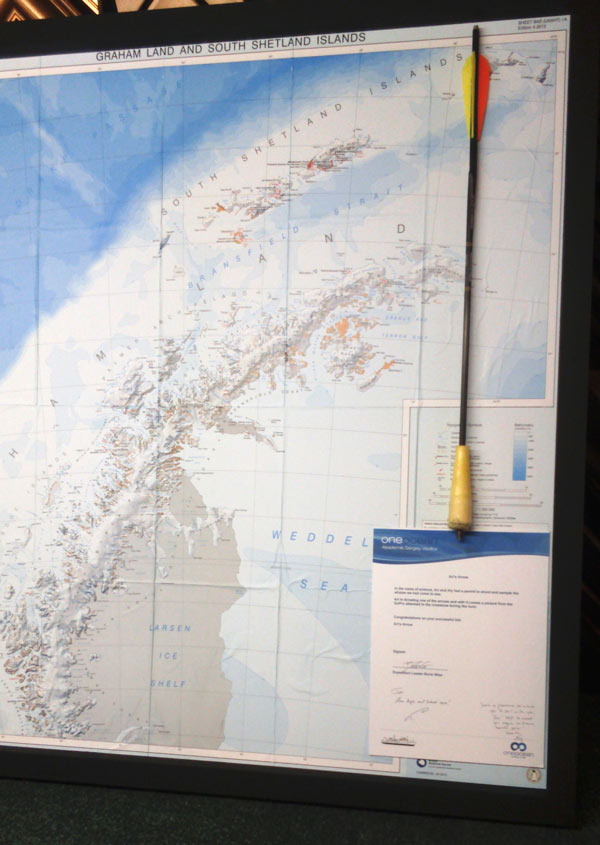 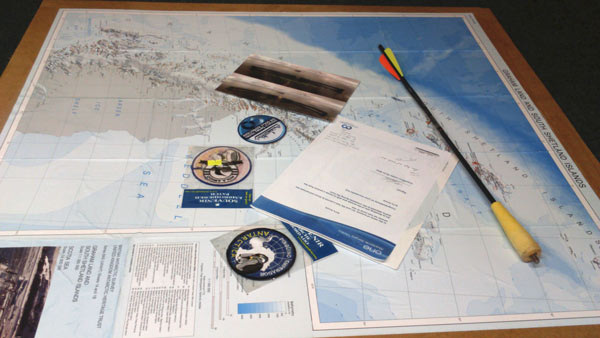 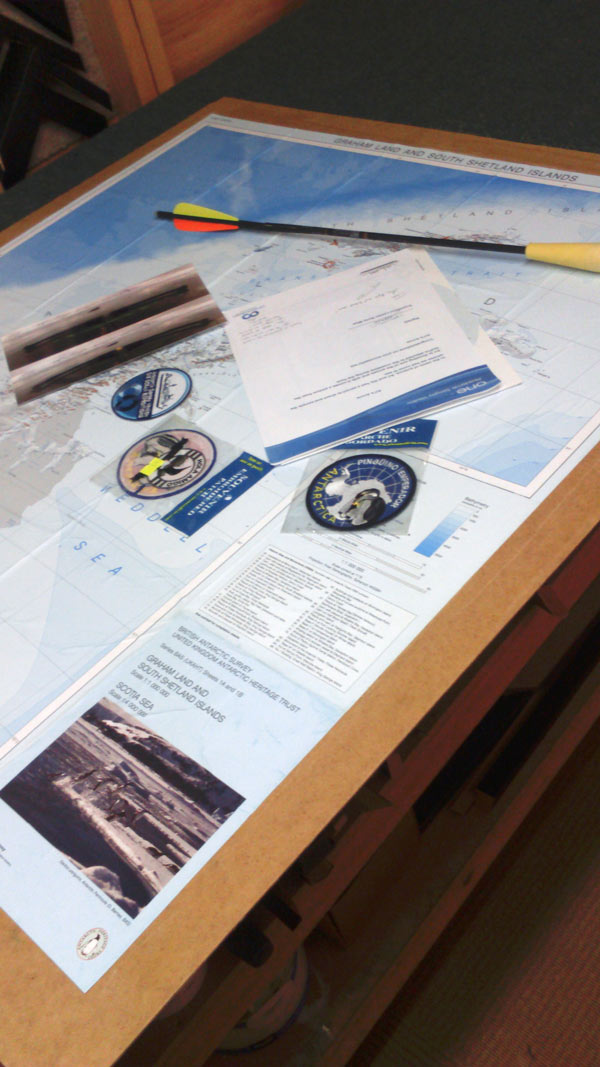