Not a top top player… indeed…

Following on from my last post about the signed Sir Alex Ferguson shirt I thought I would even it up a bit as far as Liverpool goes with some details on one of the latest framed shirts and another little piece of football history.

This shirt has been with me for a number of months for a number of reasons. Firstly some details on the shirt, its a shirt signed by Stephen Gerrard from the 2011-12 season when Liverpool won the Carling Cup and got to the final of the FA Cup.

The client has already a signed Jamie Carragher shirt and this shirt was sourced from the only company that Gerrard signs shirts for in return for a donation to his foundation.

As well as the shirts and the certificate of authenticity the client also had obtained unsigned programmes from the Istanbul and Athens Champions League finals. An epic win and well lets just say not a win, both times against AC Milan. The client has two great stories to tell about how he got to watch both finals (on television) but I’ll leave that for another time.

This was perhaps the largest single framed shirt I have finished because it took quite a while to approve the final layout. We tried different layouts and the client would go away, measure up and then come back with different suggestions. We tried different coloured boards and eventually settled on a lighter colour than the Jamie Carragher shirt as they would be hung in differently lit areas.

The final delay in finishing the layout was waiting on the end of the 2013-2014 season because my client had managed to obtain a program from the epic Liverpool home game against Manchester City and if Liverpool had went on to win the league then that was to be included in the final layout as well. Unfortunately it wasnt to be and he had to just settle for the two champions league final programmes.

We hung the framed shirt on the only wall big enough to take it, the hallway. 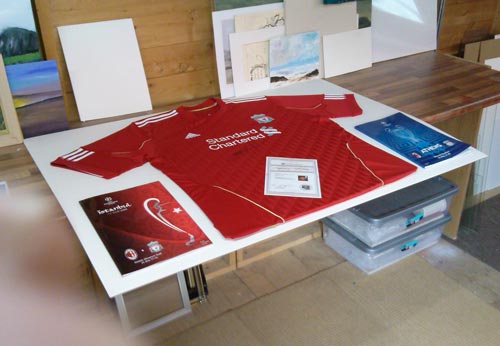 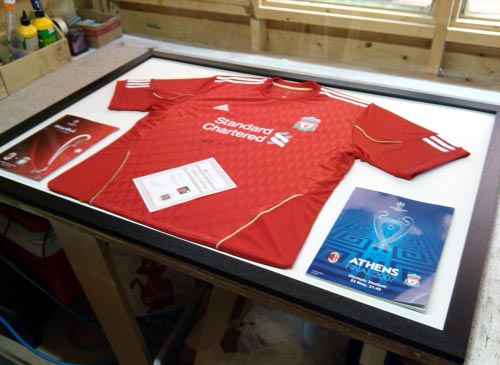 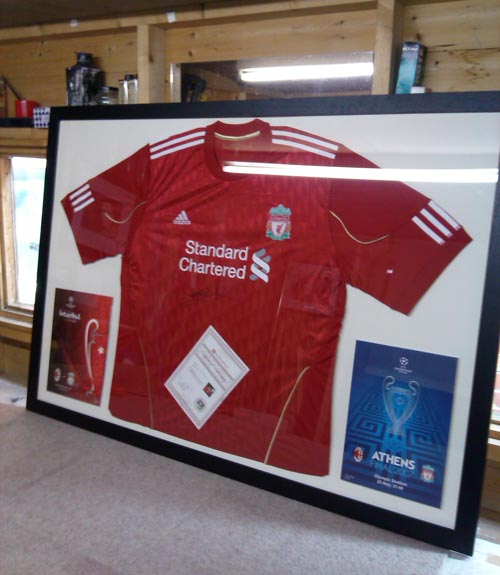 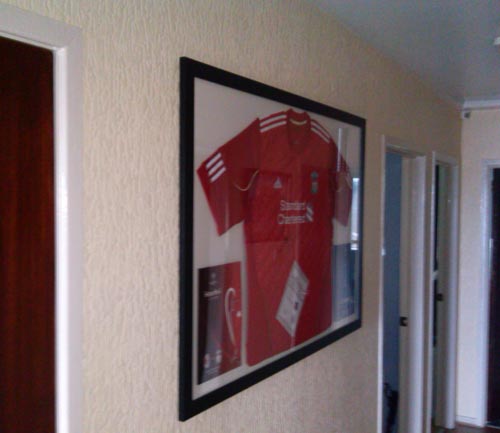