Sometimes I am lucky enough to get my hands on a small piece of history. As Ive mentioned before I am a Liverpool fan but when a client rings up and asks if I could frame a shirt signed by the legend that is Sir Alex Ferguson then of course you say yes.

This is not just any shirt but its a replica of the shirt worn during the 2008 Champions League final in the Luzhniki Stadium, Moscow when Man Utd won against Chelsea.

The shirt was a cumbersome item to frame as it had the authentic champions league sleeve patches and so difficult to bend these to keep the shirt flat and at the same time look natural.

The jersey was signed whilst Sir Alex Ferguson was receiving his honorary degree from the University of Ulster at Jordanstown. My client was one of the lucky few to gain an invite to the ceremony so we thought it would be a good idea to attach this letter and press clippings to the back of the frame to add to the authenticity. Of course my client would never sell this item but it adds to the story and something to show and talk about when guests come round.

I then hung the shirt in the clients games room. 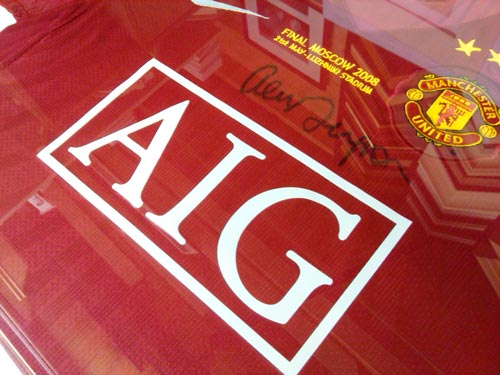 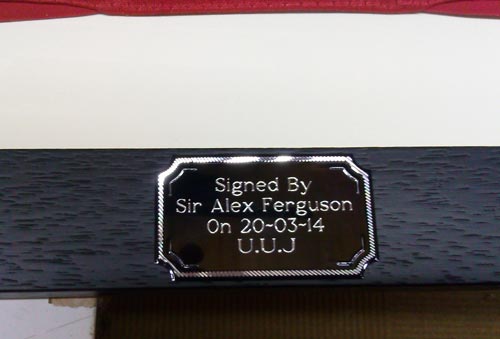 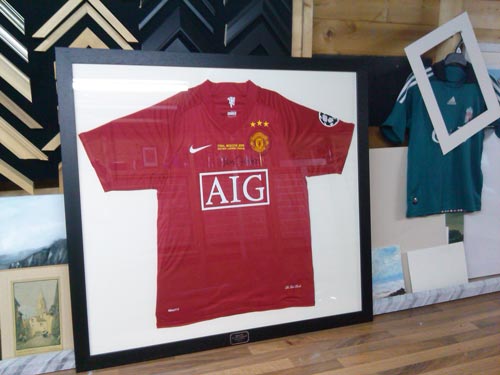 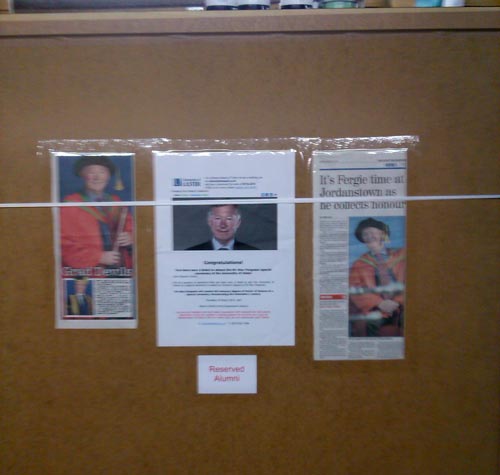 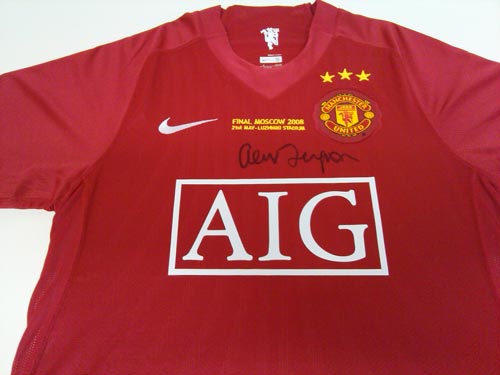