↓ Skip to Main Content
Home › framed items › Why why why? Fernando…

Why why why? Fernando…

As a Liverpool fan Torres can be a dirty word, of course charging 50 million for him was one of the biggest robberies ever committed on Merseyside.

However when a client rang from Antrim to ask about framing a signed Chelsea shirt including Fernando Torres, I was interested in having a look at someone who is still a Liverpool favourite. (yes and it did feel dirty saying that).

The thing about this particular signed shirt though was that the client hadn’t actually got it signed yet! He was going over to Stamford Bridge to get the shirt signed and wanted to know how long it would take to get framed.

He brought the top with him all the way to Stamford Bridge, waited until after the game then found out that Torres was giving out signed photos after the game. He managed to get his hands on one of these unique souvenirs but in all the excitement forgot to get the shirt signed! 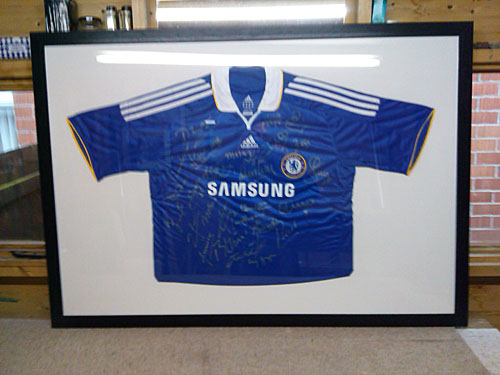