A customer from Templepatrick called down to the workshop recently, looking to get her sons Ireland Ice Hockey Jersey framed.
It might come as a surprise to some that Ireland actually has an ice hockey team but they have played in international competitions for a number of years now and have had players from the Belfast Giants playing for team Ireland.

Framing the massive shirt would be a task in itself but this was a collection of items including a European medal as well as two ice hockey pucks, one game used and one solid steel ceremonial mvp trophy.

The frame is therefore quite large and deep and required me to custom hang it in the customers home, where it now has pride of place. 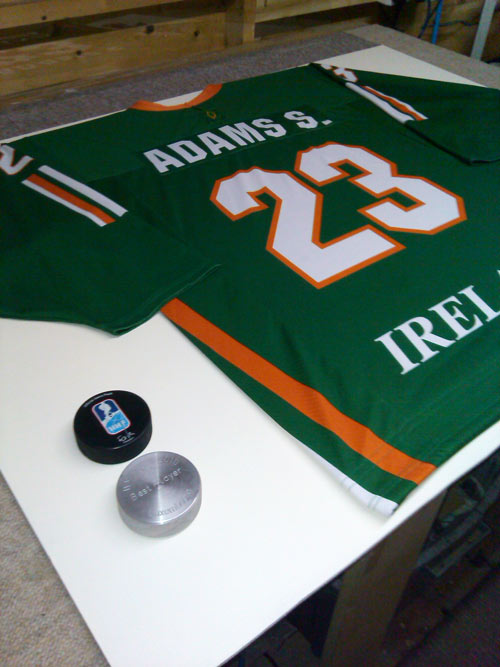 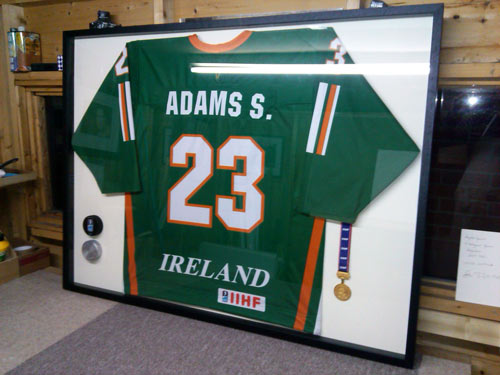